The Carnival of Florianopolis is an eclectic mix of samba, street parties, and parades.

Florianopolis knows how to celebrate and put up a spectacular Carnival just as well as Rio and Salvador. In addition, the city’s diverse culture makes the celebrations unique. The beautiful beaches in the city set the tone for the Carnival with many smaller parties held at the beaches as a lead up to the Carnival. 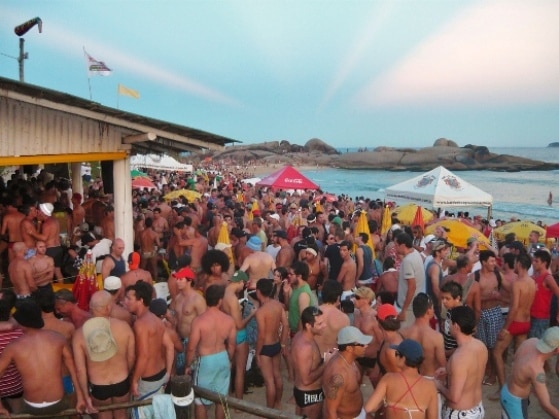 Lead Up to the Carnival

The excitement builds up for weeks before the Carnival in Florianopolis. Street parties including the outrageous and hilarious gay parade are among the most popular events. Elaborate costumes are the order of the day at the Carnival balls held throughout the city. Samba school bands’ rehearsals for the main event add to the thrill of the occasion.  Although the samba parade at the Florianopolis Sambadrome is the main event, there are many smaller parades including one with an Azorean brass band that plays beats different from the samba.

The grand parade takes place at the Florianopolis Sambadrome in the city center with the three major samba schools putting up a glittering show. The sambadrome consists of two large stands built across a wide road. The show commences with a firework display at midnight after which the party officially begins with the first samba school parading down the runway blasting their signature tune over the sound system. It doesn’t take long for the crowds to join the party and leap to their feet, cheering each school, throwing streamers, singing and dancing to the rhythms of the samba. The electrifying atmosphere continues through the night as motorized floats with dancers whirl past in a blaze of color. The last samba school passes down the runway at around 4 am but the party still goes on. 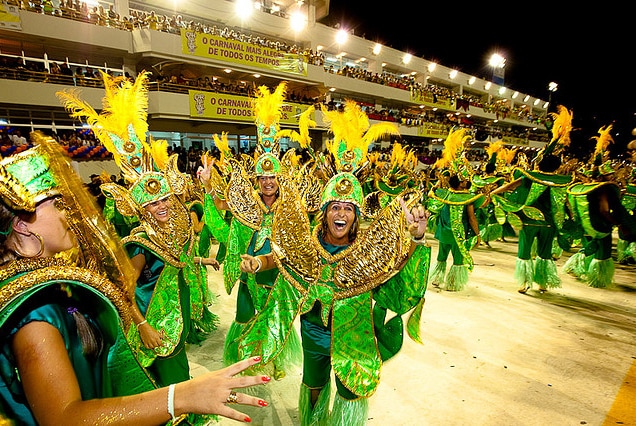 The Pop Gay competition on Carnival Saturday is the highlight of the night with a beauty contest for drag queens and transgender people. Over 50,000 local as well as gay tourists celebrate along with everyone. DJs and partygoers from all across the globe make their way to Florianopolis for this event. Praia Mole Eco Village Resort and Spa also organizes an annual gay Carnival party along the beachfront. Bar do Deca, a popular gay beach bar also hosts a Carnival party at Mole Beach.

The Florianopolis Sambadrome isn’t very large so tickets are sold out quickly. To secure a good seat in the sambadrome make sure you book your seats in advance. There are plenty of beach resorts around Magic Island, which are easily accessible by road. Regular bus services ply between Florianopolis and other parts of the island of Santa Catarina. Carnival flyers are distributed throughout the city so that you don’t miss the performance of your favorite samba school.