All neighborhoods in Rio have something different to offer culturally and most of them make their own contribution to the Carnival celebrations. 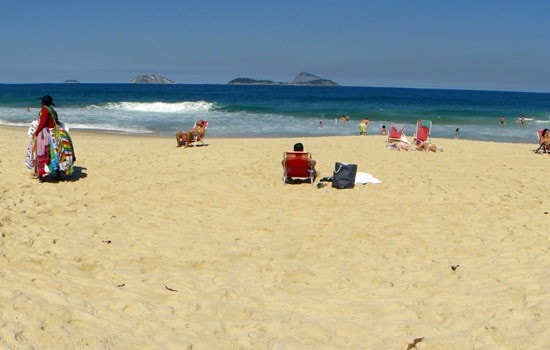 Where it all began

Centro is the neighborhood around which Rio first developed and as a result where you will find a lot of important historical monuments and buildings, along with 400 year old churches. It is also the financial district of the city where you will find the seats of power of those who ruled this country over the past several hundred years, during its different regimes.

The Sambodromo, which is also located close to this area, is considered to be the place where the samba first began. Today, at Carnival time this is where the famous Samba parade occurs.

Between Centro and the South Zone you will find Lapa and Santa Teresa, which still retain an air of old world charm. These ‘bairros’ as ‘neighborhoods’ are called in Rio, share the famous historic tramway that runs across a bridge that was originally an aqua duct in the 18th century.

Lapa is the place to go if you want to experience authentic Brazilian nightlife, as opposed to the modern clubs of the South Zone. Here you can find bars and clubs that promote the music and dance of salsa, samba, axe and ballroom dancing. Santa Teresa is the home of the Bloco das Carmelitas. These two areas are also great for picking up local handicrafts and have a number of cultural centers.

Where the fun happens

The South Zone is where you will find the glorious beaches that border the Atlantic Ocean. This is the favorite tourist location. It is also where all the famous nightclubs are. Copacabana known around the world for its famous beach and New Year’s parties is located here. It is also home to a few interesting monuments, such as the Fort and the ultra luxurious Copacabana Palace Hotel, a favorite haunt of celebrities from around the world.

Ipanema, besides being known for its beach where the young and good looking like to hang out, is also one of the best areas to enjoy modern Rio nightlife. It has an exhaustive list of bars and nightclubs.

Leblon has one of the prettiest beaches in Rio and is the best place to sample the food of the famous ‘botequim’ cafes of the city.

Other localities in the South Zone are Jardim Botânico, São Conrado and Gávea, which are some of the most elite residential areas of Rio. Jardim Botanico contains the beautiful and sprawling botanic gardens and is one of the best places to observe the flora and fauna not only of Brazil and the Amazon, but of a variety of countries, of which the garden has dedicated areas.

The Suvaco de Cristo bloco hails from this bairro. Gávea is the student neighborhood, due to the presence of the university here. As a result there are always plenty of cultural activities happening here and the nightlife is definitely worth a mention too.

If you have a passion for extreme sports, then a visit to São Conrado is an absolute must. Here you can para glide or hang glide to enjoy some of the most breathtaking aerial views of the city or you can hike up the formidable Pedra da Gávea rock. But if high fashion shopping is more your style, you can visit the Fashion Mall, also located here.

Urca which is situated at the base of the Sugar Loaf mountain is considered to be the safest bairro of the city and offers spectacular views of the Botafogo Bay, Niteroi Bridge and Flamengo Park.

Botafogo and Flamengo, located between Centro and the popular tourist areas of the South Zone have a number of places of historical importance, many of which are housed within the Flamengo Park. Both the neighborhoods are extremely active during the Carnival, having a number of blocos and street bands.

Where everything is super sized

The newer locality of Barra da Tijuca besides having the longest beach in Rio, which is 18 kms in length, also contains some of the largest shopping malls (over 10 in number) and gigantic hyper markets. This neighborhood has a very modern and American feel about it.

It is a great place for sports enthusiasts, with options for playing golf, parachuting and a number of beach sports, including surfing. This neighborhood is also particularly known for its large number of varied and unusual restaurants serving international cuisine.