The Rio Samba Schools are what make the Rio Carnival parade so special.

A dozen samba schools put in an entire year's preparation to build amazingly technical and colorful floats and include the best passistas they are able to find. The samba schools vie for that winning spot in the parade. February 12th, 2021 to February 15th, 2021 is the best time to soak in the life and daily routines of the Samba Schools and its warehouses and rehearsals. Get to experience the spirit of community and great harmony which is the essence of Rio Carnival.

The Carnival in Brazil has an interesting history. Dating back to the 8th century the Carnival was an unruly event, but with the passing of a century, the government accepted it as an expression of Brazil’s culture. Over the years the Carnival took on a more festive side, making it a celebration of harmony bridging the gap between the rich and the poor. Deixa Falar was the first Samba school to be established in Brazil. There after many Samba schools were formed making the Rio Carnival a highly orchestrated event. The Samba schools are as popular as the football teams in Brazil. 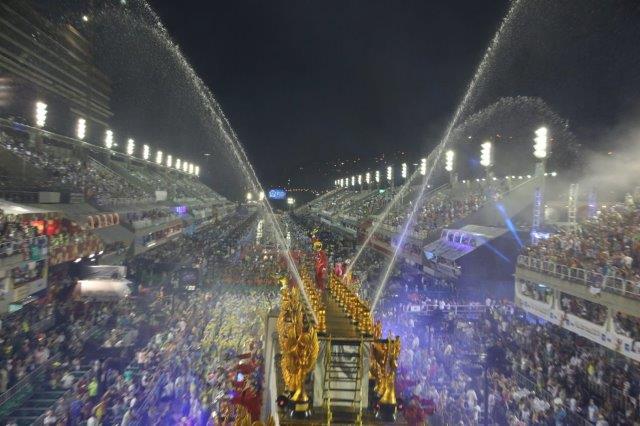 There are more than 100 Samba schools in Rio. Each Samba school is unique in its performance at the Sambadrome. All through the year the Samba schools practice to put up a great parade during the Carnival. Some of the most famous Samba schools in Rio are Imperatriz, Portela, Beija-Flor, Uniao da Ilha, Salgueiro, Grand Rio, Porto da Pedra, Vila Isabel, Sao Clemente, Mocidade, Mangueira and Unidos da Tijuca. You can visit any of these schools to attend their Samba nights free of cost. The Samba schools usually function in two locations; the Samba halls are the location for Samba nights and all activities related to the school’s administration, the other location is the production unit where costumes and floats are produced.

Every place in Brazil is practically is converted into a place for rehearsals, club houses, ware houses, halls, etc buzz with Samba schools, tourists and locals rehearsing for the Carnival. Cabs are available in plenty to take you to these rehearsal locations. Rehearsal timings are advertised by schools and you’ll find this schedule easily at almost all the public places and in hotels. 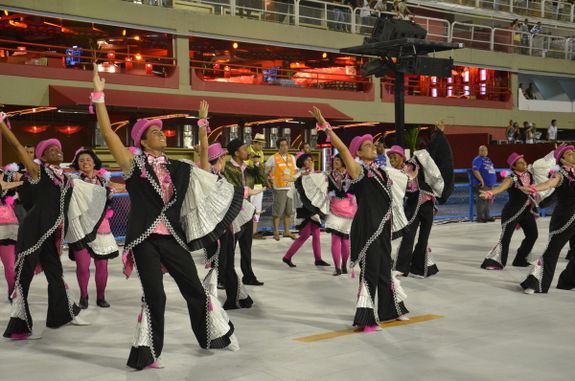 Technical Rehearsals begin as early as November and go on till the Sunday before Carnival. You can go to the Sambadrome, the stadium where technical rehearsals take place. The rehearsals are sans floats and costumes, but you will get to see performers strut their best stuff in the midst of great Samba music and colourful lights. The entry is free and you can hang around the stadium to soak in the Carnival atmosphere.

Samba City is the place you must visit to check out the production unit for floats and costumes. Since 2005, all Samba schools in the special group have been allotted Samba City to carry out their production processes and practice sessions. Visitors are allowed to tour around the place. Some schools host parties for visitors on specific nights, the dates and times are displayed in the schools in Samba City. Visitors can wear costumes provided by the schools and dance to the beat of Samba drums during these parties. 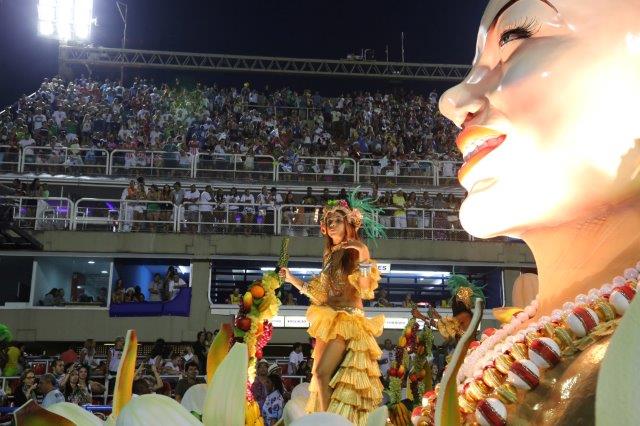 Samba is the essential component of Rio Carnival and the heart of Carioca culture. Samba music is the biggest attraction for tourists, and the new generation of singers has grabbed eyeballs for their Samba songs and composition. Maria Rita, Diogo Nogueira, Roberta Sa and Teresa Cristina are some of the most famous Samba singers. While you are at Rio, make sure to attend Samba shows and especially don’t miss the Sambas performance by the famous queens of Samba,  Alcione and Beth Carvalho. Your hotel employee should be able to help you book tickets for these Samba shows. Clara Nunes was also a samba queen but she died prematurely in 1983. Buy her cd and take it as a souvenir.