Information about the Samba Parade Costumes, from how they are made to how to buy it.

The Rio Carnival Costumes that depict the outrageous themes set up by the Samba School each year has much to offer to the thousands of spectators who gather each year to watch the event, and to millions of others who follow the event on the National Television. It is also without doubt the most thrilling and unparallel experience for all those participating in the grand parade at the Sambodromo. As always, the year of 2023 also promises to provide lots of fun and flamboyant over the top costume ideas.

If you have decided to parade in the Rio 2023 Carnival, you must be well prepared. Know the marvelous feeling of singing and parading in a beautiful costume to the incredible beats of drums and music. Understand what it takes to live this unique experience:

The Samba Costumes are tailor made and you have to buy them in advance. All of them have to portray a theme laid down by each Samba School for the year. The responsibility of the designer is to ensure that the theme idea is creatively depicted in the attire that is made. If you want to buy a costume to parade along with a samba school, you will choose between the Ground and Float Costumes available. 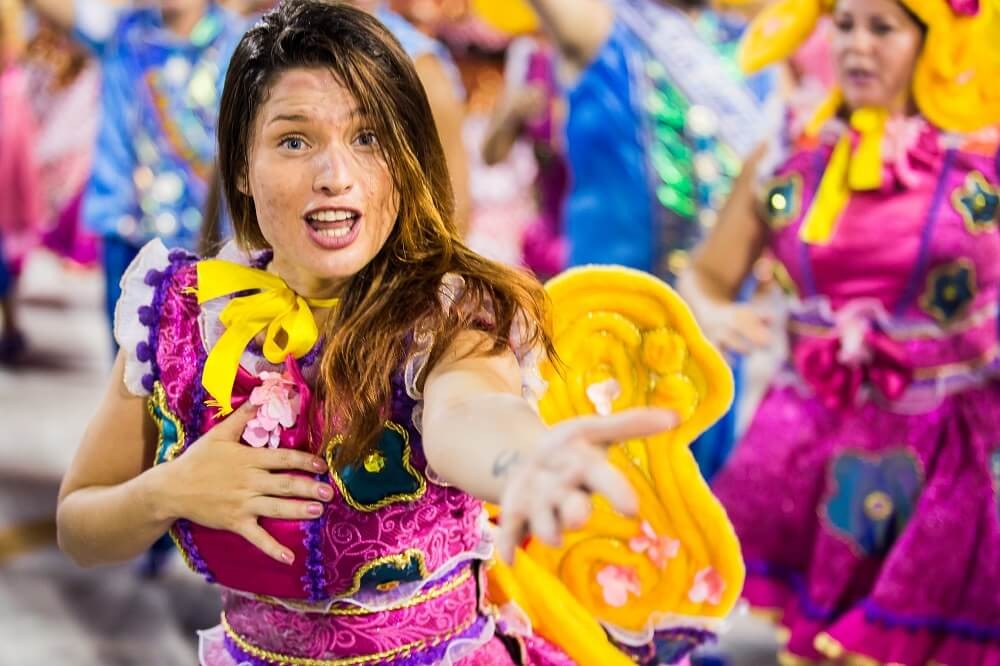 Etiquette at the Rio 2023 Carnival

It goes without saying that you want to enjoy and have fun at the Carnival. However, one mustn’t forget that your school is here to win the competition. You will be competing with some of the best Samba Schools from Rio. Following some basic DO’s and DON'Ts will ensure that you perform well and have a time of your life without getting stressed out.

Getting the Measurement Correct

The costumes are created to fit the theme decided upon by each school. If you have chosen the Ground Costume, you would be parading with many others dressed up in the same attire as the costume is unisex and is the same for everybody.

As for Float Costumes, each school will have 6-7 floats which are extremely difficult to make. The few float costumes that are put on sale every year are confirmed in a first-come-first-serve basis. Pre-order your costume online which will be available from November until a few weeks before Carnival.