Sao Paulo has come a long way in Carnival history. The Carnival was a small event with a few samba schools in the Fifties. However, the city’s Sambódromo do Anhembi now draws millions of visitors from all over to participate in the celebrations. Most spectators are avid supporters of a particular samba school, much like the loyalty towards Brazil’s soccer teams. Two of the most popular soccer teams, Corinthians, and Palmeiras soccer club are represented by Gaviões da Fiel, and Mancha Verde, respectively. 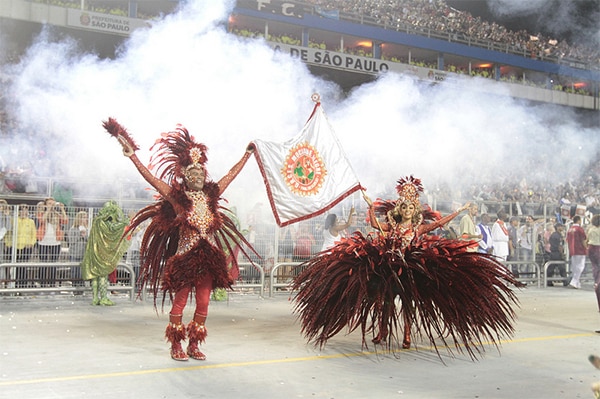 The samba is one of the main attractions at most Carnivals. The samba in Sao Paulo has a distinct, heavier percussion rhythm, known in jest as ‘samba do trabalho’ or ‘samba of work’.  The city’s Carnival may not have the same reputation as Rio but does know how to throw a party during the Carnival. Government and business sponsors pour in a great deal of money into building up the Carnival spirit. Local residents are involved in samba school rehearsals, street parades or blocos, and pre-Carnival celebrations as well.

In Sao Paulo, celebrations begin on Carnival Friday and continue through until Tuesday. The nonstop party attracts thousands of overseas visitors. While all eyes are focused on the Anhembi Sambadrome, many other events go on late into the night. The competitive spirit of the Carnival reaches a climax on Ash Wednesday when the judges read out the scores and decide on the winning team. 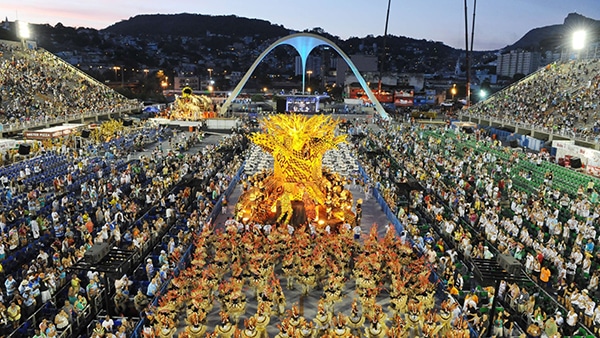 Oscar Neimeyer’s Anhembi Sambodromo, also known as the Grande Otelo Gymnasium Complex has been the heart of Carnival celebrations since 1991. The lavish live spectacle draws 30,000 samba devotees to experience the Carnival in true Brazilian style. Thirteen samba schools and two afoxe groups have an hour to grab the attention of the judges and spectator in quest of the coveted champion’s title. With over 100 sound systems blaring, it isn’t hard for anyone to get into the Carnival mood.

To watch the main parade at the Sambadrome on Friday and Saturday tickets are available in the bleachers or grandstands, going up in price for a private box with 25 seats. Tickets can be purchased at stadiums around the city.

The party continues on the streets with many blocos or street parades. The neighborhood of Bixiga in Sao Paulo has one of the best street parties you will ever see since it is home to many samba enthusiasts and has one of the best samba schools in the city, Vai-Vai. Among the other popular blocos or street parades are Banda do Trem Elétrico at Rua Augusta 1500, Consolação, Metrô Consolação and Bantantã at Avenida Waldemar Ferreira 231and Butantã at Bus 7598. 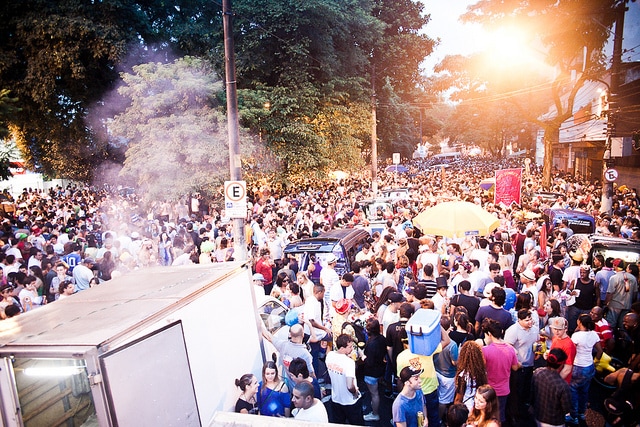 For a quieter affair there are plenty of traditional street Carnivals in the smaller towns, many are just about an hour from Sao Paulo. The tranquility of the village during early morning transforms into a wild party in the afternoons and evenings with many blocos and marching bands that have revelers gyrating to the rhythms of the samba. Sao Luis do Paraitinga, Salto, and Sorocaba are some of the popular smaller towns that know how to host a Carnival party. Over the years some of the major hotels and clubs host Carnival balls with masquerades and plenty of merriment.