The Rio Carnival and the History of Samba: Understand Why Rio is The World's Capital of Carnival.

The concept of ‘Carnival’ was first introduced by the Portuguese in Rio around the 1850s. But history records the rites of spring was first celebrated by the ancient Romans and Greeks. People across Europe and Spain, France and Portugal gave thanks annually by wearing colorful masks, dancing in the streets and hosting parties. These traditions made their way into the New World as well. However, Brazil refined these traditions by acquiring unique elements from Amerindian and African cultures. 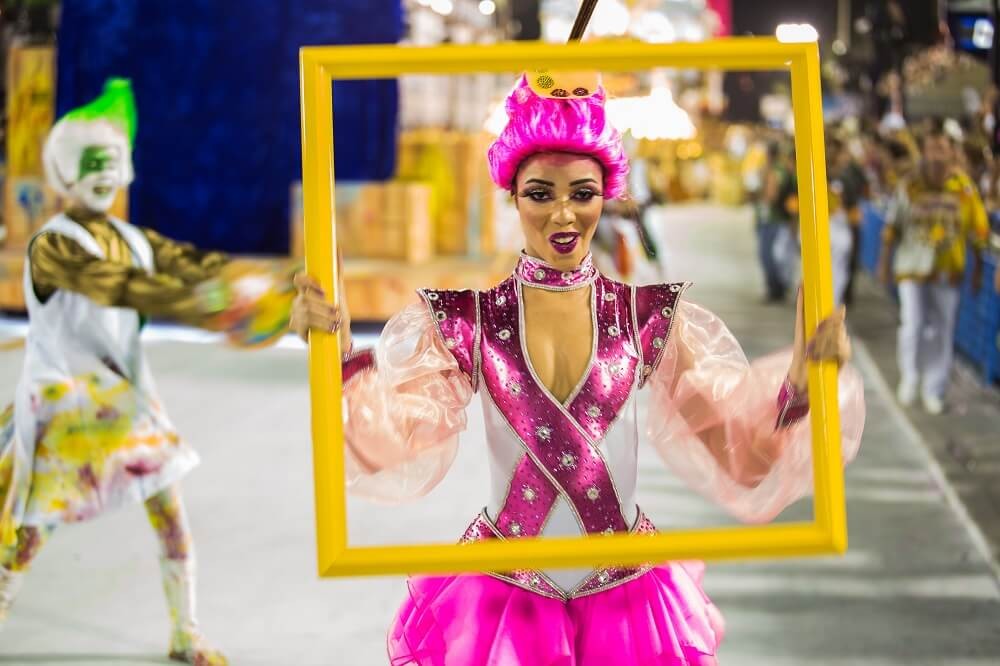 History of Brazil Carnival dates back to 1723, when the Portuguese immigrants introduced the festivities. Large groups of people got down to the streets with buckets of water, food and muck and threw it on each other. The so called celebrations usually ended up in riots and street brawls.

Carnival during the Early Years

During the duration of the Carnival, people were expected to forget their class differences and social roles. People would parade through the streets in large groups, dancing and playing music. Men would dress like women, aristocrats would dress up as commoners, and the poor would dress up as princesses and princes. The Black Slaves were set free for three days so that they could participate in the celebrations. Today it is the black communities that are actively involved in the entire Carnival preparations and the Rio Carnival means the most to them.

The unruly beginning of the Carnival in the 8th century later led the government to accept the Brazil Carnival as an expression of culture and by the end of the 18th century the celebrations became competitive and organized. The Emperor actively participated in the Grandes Sociedades or Great societies with the aristocrats wearing luxury costumes and masks. Large groups of people would parade to the orchestra of drums, strings and other musical instruments. Soon the competitions became the central focus of the Carnival in Rio de Janeiro. However during World War II the parades were brought to a halt and continued again in 1947. During this period, the main competition was held in Avenida Rio Branco. 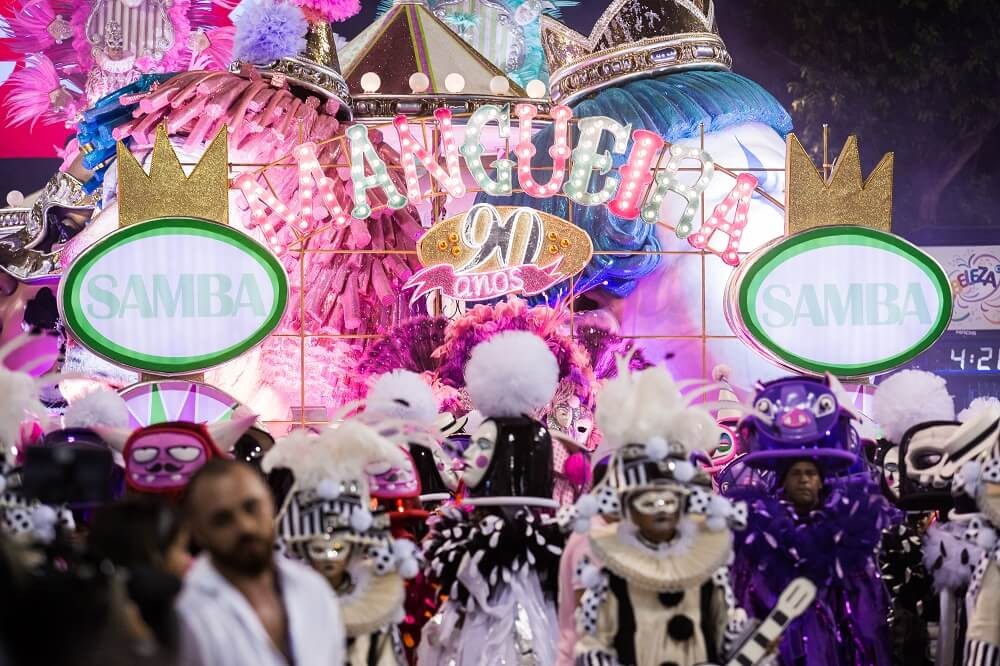 Today the Brazil Carnival has come a long way after its entry into Rio it is one of the biggest events in the World. Even to this day, people from across the world travel to Brazil every year to participate in the Brazil Carnival.

Carnival in Rio revolved around Polkas, Waltzes, Mazurkas and Scottish music till the early 20th century. It was the working class comprising of Afro Brazilians along with gypsies, Poles, Russian Jews who invented their own rhythm and music. These groups of people were located in the heart of Rio, behind the dockyards on the hills and swamps which was known as ‘Little Africa’, now the cradle of Samba. They brought ‘Samba’, the tradition of dancing a Bahian dance and playing candomble during their religious ceremonies. In a Catholic dominated Brazil, African religions were illegal and hence Samba was not popular among the White aristocrats for a very long time. 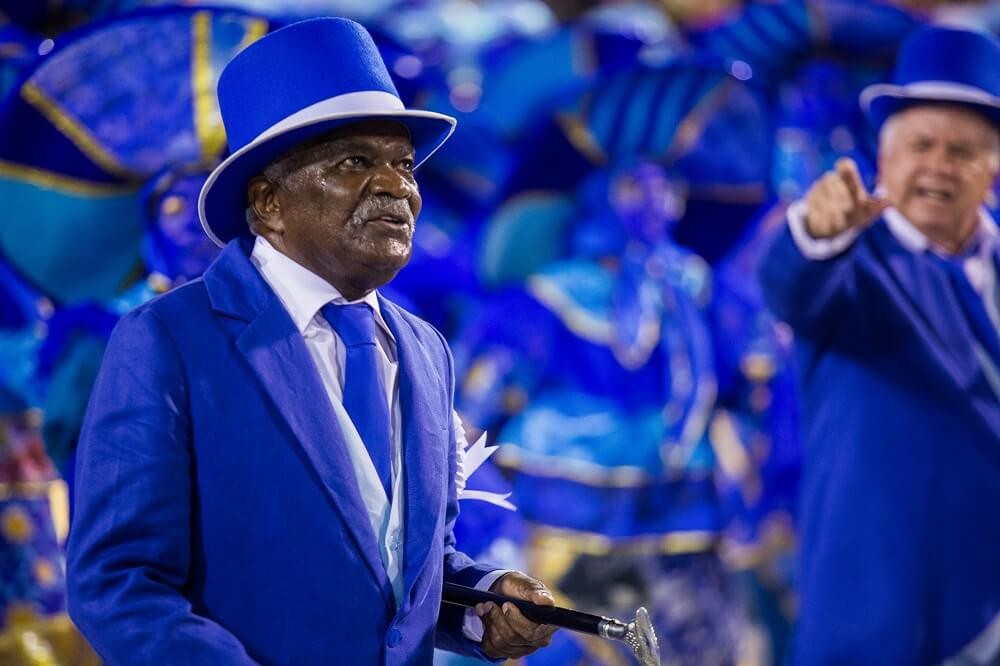 Deixa Falar, a group from the district of Estacio, on the hill above Praca Onze, cradle of Samba, became the first group to call itself the Samba school. They came up with this name since the group happened to meet next to a local children’s school. Deixa Falar was founded in 1926, followed by Estacio de Sa.

The Samba schools have a great influence on their neighborhood, favela, a shanty town. The schools represent the spirit of community bringing in a sense of belongingness. The Samba schools are politically involved and are organized entities in the slums. Thousands of people get involved in Samba nights, rehearsals and other Carnival preparations. The Samba schools are as popular as the football teams and are at the centre of Rio’s culture.

Many Samba schools in Rio de Janeiro originally belonged to soccer clubs in places where they were founded. Most of the Samba schools originated in the 20s and 30s going through failures and success at the competition. The Samba schools re-invent themselves year after year to present a unique parade.  The most popular Samba schools today are Mangueira, Salgueiro, Unidos da Tijuca, Mocidade, Beija Flor and Grande Rio. 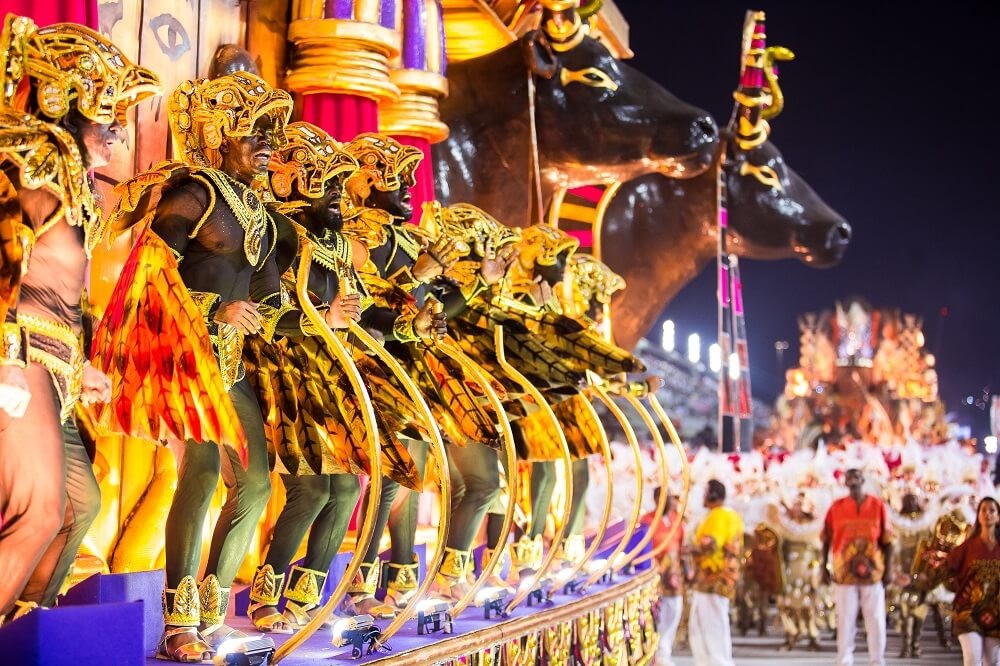 The origin of competitions

Competitions became an integral part of the Carnival during the 19th century. For the first time in 1929, Deixa Falar paraded on Praca Onze. The following year, 5 schools contested in the parade and Deixa Falar was the winning Samba school for two consecutive years. The contesting Samba schools went up to 19 schools participating in the parade in 1932 and in 1933 ‘O Globo’ the largest media group in Brazil sponsored the parade. The group developed a list of four mark criteria for the judges to judge the parades in the Carnival.

The competition gets tougher year after year. Each Samba school gets 80 minutes to perform their parade along the Sambadrom strip. Competing groups put up enthusiastic performances in the hope of entering major league competitors. The 12 best Samba schools perform on two days to contest for the championship position. 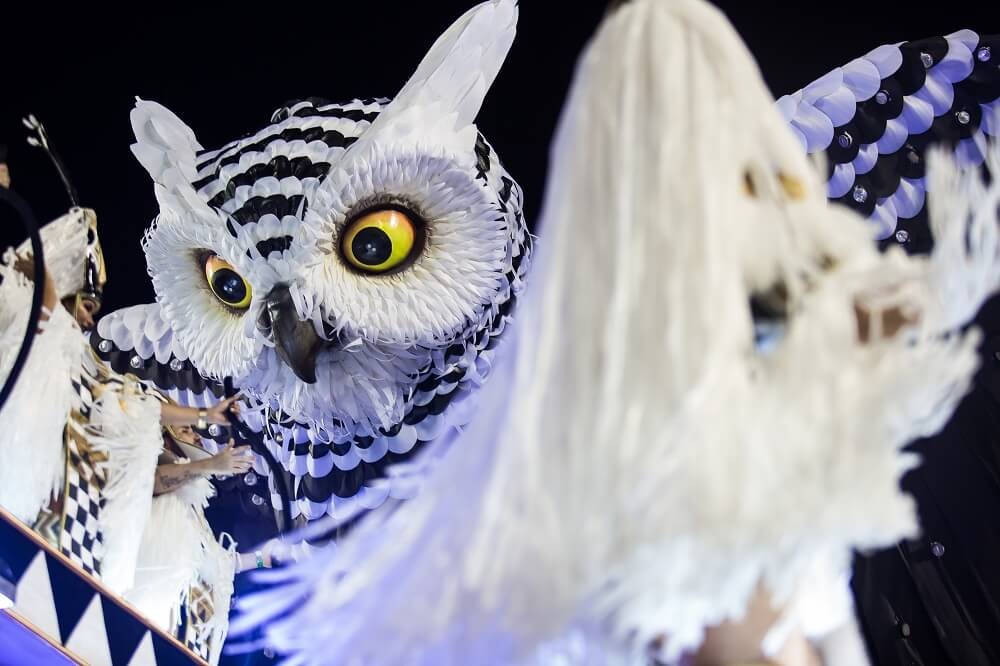 The genre of Samba schools is musical that symbolizes Brazil. Each school performs a story which is theme based. The themes range from sports, politics to arts and each school presents a splendid choreography, colorful costumes and a unique Carnival song. The competition is based on creativity and comes loaded with surprises for the revelers. According to Samba history, during the days of slavery the Africans passed on the Samba rhythms to the Brazilians. Today it is the essential component of Brazil’s cultural heritage that can be seen and heard the most during the Carnival. A large Samba school have around 3000 members including dancers, percussionists, stewards and other artists. Behind the scenes there are almost a thousand members handling various aspects of the performance to ensure a perfect winning performance.

From inception till 1984, the main stage for the Carnival was the streets of Rio. Sambadrome, a parading stadium was then constructed by Oscar Neimeyer, the world famous architect. According to the Catholic Calendar, the Rio Carnival is held 7 Sundays before the Easter Sunday. Since the Lent days dates vary, the Carnival dates vary too and is scheduled between January 22nd and March 25th. The 2021 Rio Carnival will be celebrated from February 12th to February 17th with the Winner's Parade on February 20th.

Our Rio Carnival Help Desk is willing to customize a Rio de Janeiro Carnival package for you and your party as well as giving you some very handy tips on costumes, and of course, the Party Planner.