A big an important part of the Carnival in Rio de Janeiro is the street parties.

The Rio de Janeiro Carnival is one of the most exciting and exuberating events on the planet and three are a variety of ways to enjoy it. There are the formal parades for which you need to get tickets well in advance and find a seat in a concrete stand while the great Samba Schools compete against each other for the top title. There are also the street parades better known as street parties. These are free of cost and anyone who wants to party can join in the parade. One can even call them free Carnival Balls. 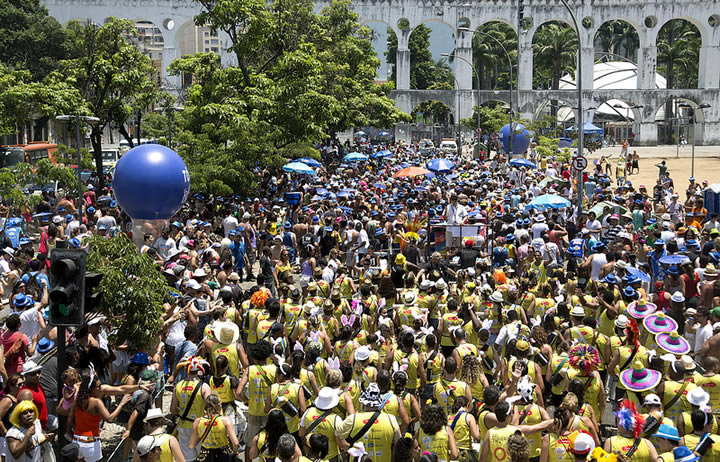 The street parties are the free of cost Carnival Balls. In all parts of the city, locals and tourists get together at a public spot like a bar or a square. The alcohol flows freely as street vendors cash in on the action. A street band begins to play and the parade begins. Everyone who wants to join just has to follow the band. You can be in a t-shirt but it will be much more fun if you decide to wear something flamboyant and exotic.

The parade continues on a pre-determined route and revelers can follow or drop out or join at any stage. The parades are licensed by the authorities with traffic being redirected to free up the roads.  Most cars however choose to join in the parade by inching their cars behind the band. There is incessant dancing and carousing, singing and grooving as locals and tourists alike join in a totally informal yet exhilarating celebration.

A Taste of Local Brazilian Flavor

The Rio Carnival has fabulous parades with floats and dancers and exotic performances. It has opulent balls and parties with famous celebrities, sumptuous meals and beautiful costumes. That said, the best way to experience the true taste of Rio is the local way by attending the intoxicating street parties. There are over three hundred such free Carnival Balls every year during the Carnival with over a million people opting to participate in one great big celebration right on the streets of Rio. Many of the attendees are people who couldn’t get entry to the big ticketed events and chose to wait on the street to join in the merrymaking before, during or after the event with around one million others! 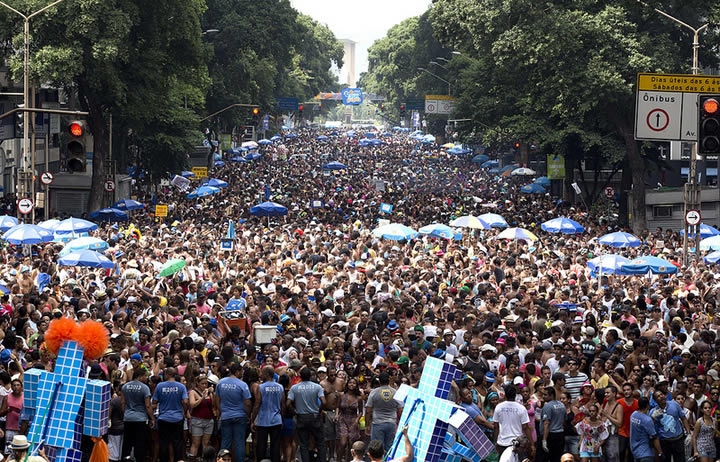 The Street Party outside the Sambadrome

The main event that has made the Rio Carnival world famous is the great Samba Parades. The Sambadrome houses these great Parades, two of which are extremely popular. Tickets for these are expensive and difficult to obtain. This doesn’t deter the scores of people who want to get together and celebrate with each other. Some are tourists, others are locals, some are in t-shirts and still others choose to participate in full costume, making this free of charge Carnival Ball a complete concoction of color, merriment and vivacity. The irresistible Brazilian music keeps the party spirits running high and the street vendors ensure the crowds are drunk and fed.

The Band of Ipanema

One of the most vibrant and exotic street parties or free Carnival Balls is with the Band of Ipanema. This is especially popular with the gay attendees but all are welcome. There is no dress code but as with everything in the Rio Carnival, a costume always adds exuberance and spice.

There are three street parades with the Band of Ipanema. The first is two weeks before the Carnival and the next two are on the Saturday and Tuesday of the Carnival. It all begins at Praca General Osorio where everyone gathers at around four in the evening. At six the band begins to play the Rio anthemCidade Maravilhosa and the parade begins. The songs are well known timeless numbers and most of the participants are locals who know all the lyrics and sing along.

All along vendors on the street offer a host of tempting options, chilled beer being the most favored. You might find yourself marching next to a drag queen showing off her outlandish costumes or a nudist with strategically placed body paint. The party goes on till the wee hours of the morning with the dancing, drinking, singing and partying reaching its crescendo sometime in the middle.

The Simpatia é Quase Amor parade was created as an alternative to the more outrageous and “R” ratedIpanema party. In the Simpatia é Quase Amor event, entire families can join in the fun. Shorts and t-shirts are more prevalent than the flamboyant drag queen get ups. This free Carnival Ball takes place twice a year, first on the Saturday just preceding the Carnival and the next on the Sunday of the Carnival. 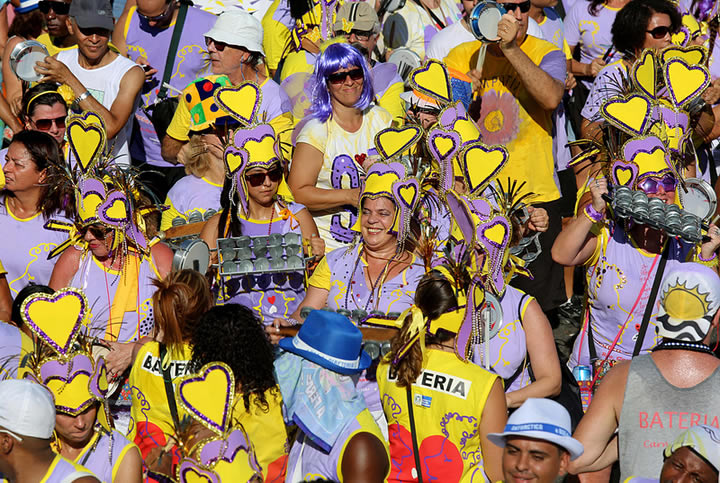